DCT Gdansk, the largest container terminal in the Baltic, celebrates another milestone in its development with the handling of 15 million 20-foot (TEU) containers since opening in 2007. DCT Gdansk Sea is the Baltic Hub.

With a 17-meter-deep quay, world-class productivity and record container volumes, DCT is the only deep-water terminal in the Baltic Sea with the capacity to serve the world’s largest container vessels. Dynamic development is the result of continued investment in the infrastructure and equipment as well as the very high efficiency of the facility. In 2019, DCT Gdańsk broke a new annual record by handling more than 2m TEU.  On April 8, the 15-millionth TEU since opening was handled at DCT Gdańsk.

“Handling 15m TEU’s since the terminal commenced operations in 2007 is a wonderful milestone to achieve. A line of containers that could more than twice circle the earth’s circumference – it is a great success for our employees. Of equal importance to us is that each of those 15M TEU was a customer who used our services, and it’s a testament to their on-going support and belief in DCT Gdansk that has contributed to DCT Gdansk becoming the Baltic Hub for logistics”. says Cameron Thorpe, Chief Executive Officer, DCT Gdańsk S.A.

The 15-millionth container was owned and operated by COSCO Shipping and was loaded aboard COSCO Shipping Galaxy, one of the world’s largest ships. COSCO Shipping Galaxy is 400 meters long with a 21k TEU capacity. The ship is sailing as part of the OCEAN Shipping Alliance service, which provides a weekly connection between the ports of Korea, China and Singapore with Gdansk.

“Last year the pandemic caused turbulence across the global transport and logistics industry, but despite this we were pleased with continued year-on-year growth in local full containers, and we are encouraged by the further 9% growth we have seen so far this year, with volumes tracking above our previous best in 2019” he added.

DCT Gdańsk continues with major investment programs which include among other things, the extension of the on-dock rail-siding which will result in expanding from 4 to 7 tracks, each with a length of 750m. The investment fits perfectly into the European Year of Rail. DCT Gdańsk is already the largest rail loading point in Poland and one of the top 10 largest European port rail-terminals. With an increase in capacity DCT will join the top 5. Other investments are also being prepared to strengthen the position of DCT Gdańsk for expanding regional trade and further integrating with enhanced global supply chains.

DCT Gdańsk was completed in 2007 and is capable of handling over 3m TEU per annum. In 2020 DCT handled over 1.9m TEU. The length of the deep-water quay is 1.3 km. DCT Gdańsk handles more than 600 ships per annum, including 100 calls of the world’s largest container ocean vessels. DCT has more than 1.000 employees and its economic impact is clear, generating 12 bn PLN per year of VAT, excise and custom duties to the Polish state budget. Corporate social responsibility is important with DCT Gdańsk undertaking activities for the benefit of local communities and with clear, measurable sustainability targets integrated as part of DCT’s business operations. The terminal is owned by PSA International (with a share of 40%), IFM Investors (30%) and Polish Development Fund (30%). 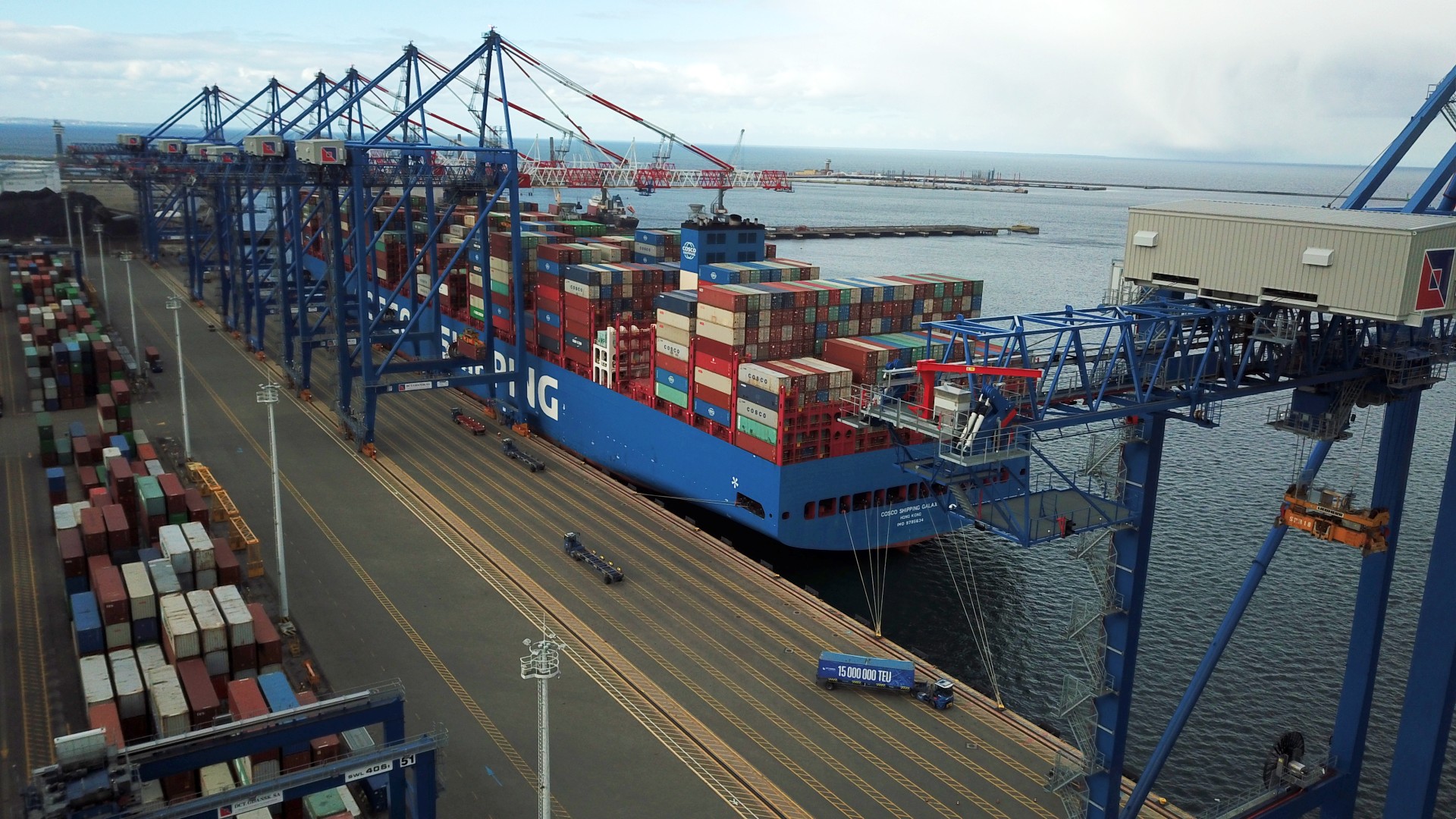 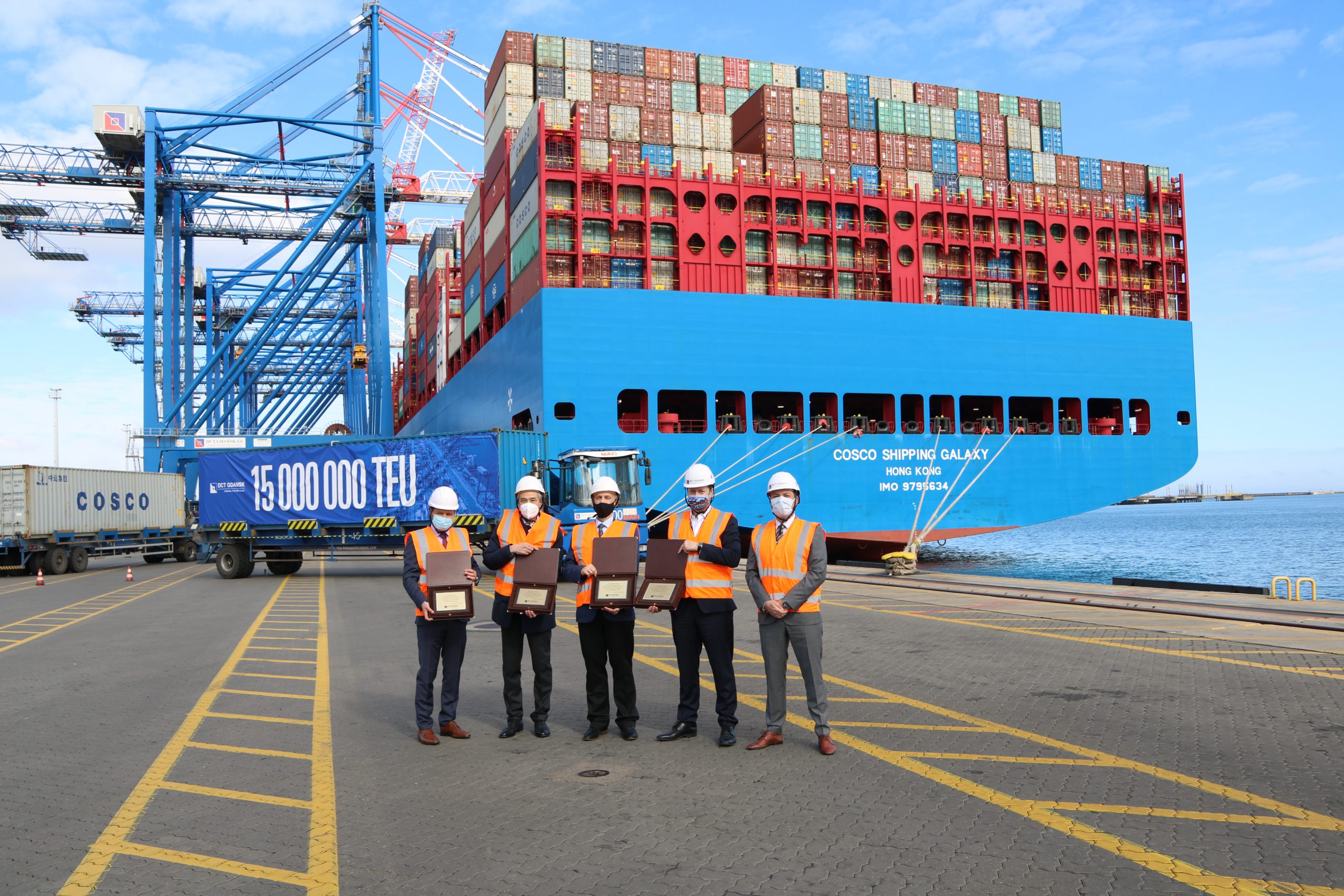