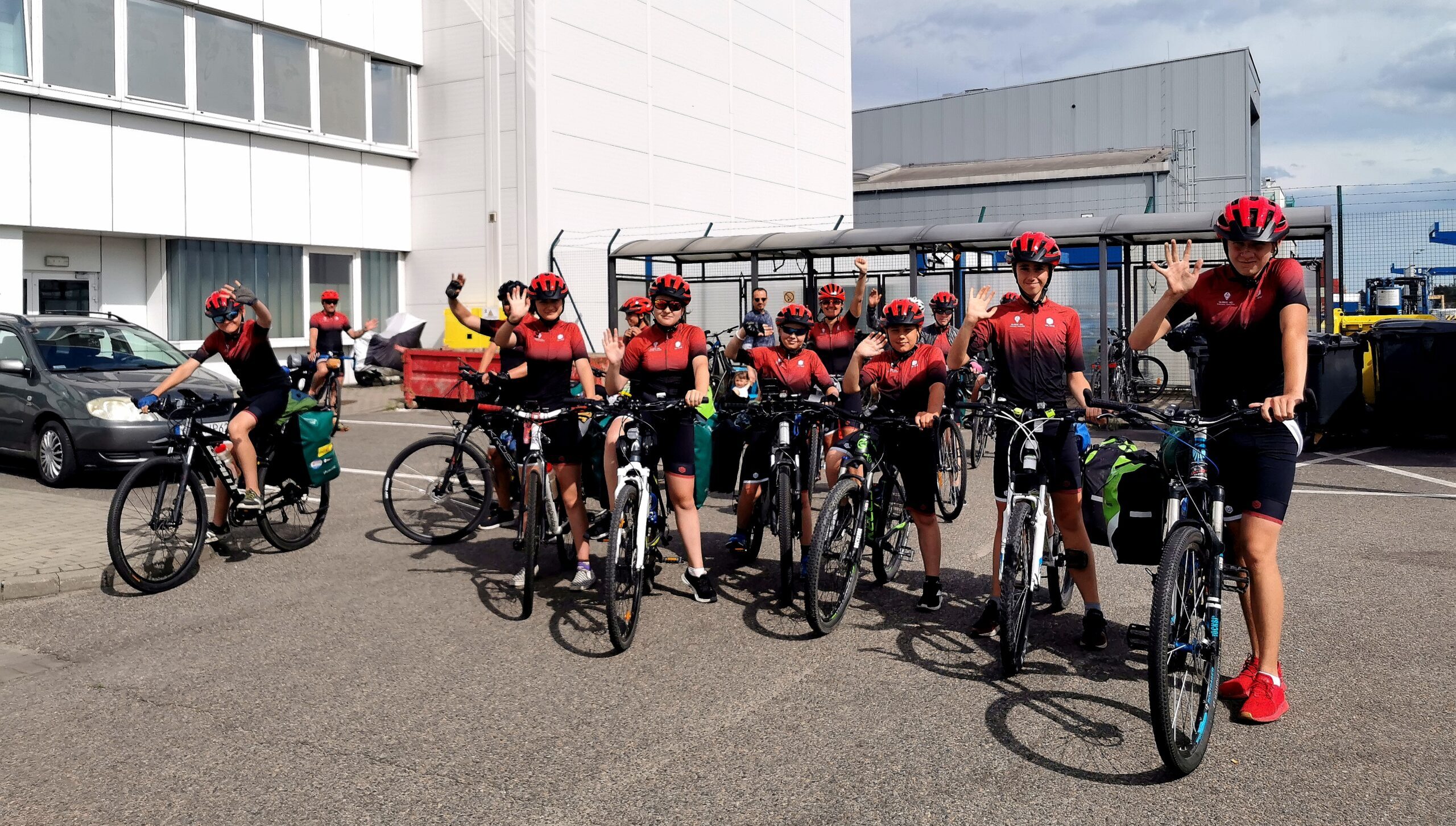 More than 700 kilometres in 7 days – that was the route from Gliwice to Hel covered by children on bicycles as part of the “Great commotion in Gliwice – we spin kilometres for the Gliwice hospice” campaign. Its aim was to collect money for the extension of the Hospice of Divine Mercy in Gliwice. DCT Gdansk became the first sponsor of this initiative, paying 5 PLN for every kilometre cycled by the children.

The participants of the expedition were students aged 7-15 from the Primary School with Integrated Classes No. 21 in Gliwice. The route was divided into 7 sections: Gliwice – Wieluń, Wieluń – Uniejów, Uniejów – Włocławek, Włocławek – Toruń, Toruń – Gniew, Gniew – Gdynia, Gdynia – Hel.

During the sixth, penultimate day of the expedition, the cycling team also visited the DCT. The representatives of the DCT Gdansk cycling team welcomed the group in Pruszcz Gdanski. Together they cycled to the terminal, where the participants of the expedition could see and learn how the biggest container ships in the world are handled. The children had lunch on site and received gifts.

– The pupils of the Gliwice primary school are heavily involved in social initiatives, which are also very close to our hearts. We did not have the slightest doubt that we would support this expedition carried out for a wonderful, noble cause” says Marta Kaczorowska, coordinator of the action on behalf of DCT Gdańsk.

The 80 Bikes Club, operating at a school in Gliwice, already organised the first charity expedition entitled ‘Tandem for Oliwka’ in 2017. In 2018, eight young cyclists aged between 7 and 14 travelled, exclusively on bicycles, from Gliwice to Międzyzdroje under the slogan “Spinning kilometres for Filip – we straighten autism”. In 2019, they circled the Silesian Voivodeship under the slogan “Let’s spin for seniors – kilometres that turn to joy”. The expeditions were always driven by a charitable goal – the children collected funds for people in need. In addition, the club organises cycling trips almost throughout the year, with between a dozen and several dozens of participants.